– When Peter first confessed that Jesus was the Messiah, it was at a place called ‘Caesarea Phillipi,’ which actually featured a temple dedicated to the pagan god, ‘Pan.’

Here’s an artist’s rendering of it: 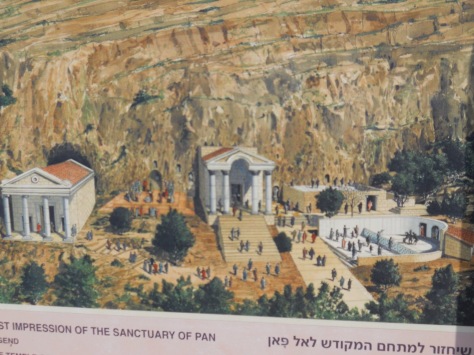 And here’s a photo of the ruins from above the altar that still exist:

– The worship of Pan and the worship of Baal (both considered fertility and vitality gods capable of bestowing wealth) by the ancient Hebrews were really similar.

– celebrated their gods by participating in live sex acts of all sorts (even with children) in the style of an orgi.

– Huh. A culture that celebrates all sorts of sexual deviancy and predation against children as righteous…